In our on-going exploration of the strange genre ‘vaporwave’, Radio Konton is proud to announce the arrival of V//Tomo. And we have been remiss in our duties. It’s hard to write a welcome for a disc jockey who has already hosted five shows on Radio Konton’s YouTube live stream.

Wikipedia says, “…vaporwave is a micro genre of electronic music, an Internet meme that emerged in the early 2010s. The music typically features a fascination with 1980s and 1990s styles such as elevator music, smooth jazz, R&B, and lounge music often sampling or manipulating tracks via chopped and screwed techniques and other effects. The subculture surrounding vaporwave is often associated with an ambiguous or satirical take on consumer capitalism and popular culture, and tends to be characterized by a nostalgic or surrealist engagement with popular entertainment, technology and advertising of previous decades. . .”

The longer story is explored on Saturday nights at 9PM live on Radio Konton YouTube by our newest host, V//TOMO, and his show ‘VAPOR LOCK’.

And don’t be disappointed if you miss it. After the original show, those live streams usually run between 20 and 24 hours on a cycle. So if you don’t catch it Saturday night, you will be able to check out VAPOR LOCK Sunday morning or Sunday afternoon. Here’s V//TOMO’s latest VAPOR LOCK – MIX TAPE #5.

Not content with merely spinning vaporwave, V//Tomo is also a creator. You can check out some of his tracks HERE.

And in true Radio Konton spirt, V//Tomo has furnished us with photos from his work space. Says V//Tomo, “I use Ableton Live for all my music and mixes, with the occasional use of Audacity to grab samples here and there from my desktop’s audio or from the tape deck. And like many folks, my mic of choice is a Blue Snowball. . .”

A peek at V//Tomo’s tape deck, complete with Bollo and Bob Fossil stickers. This is used to sample whatever cassettes needs be. Note his growing collection of vaporwave tapes. . . 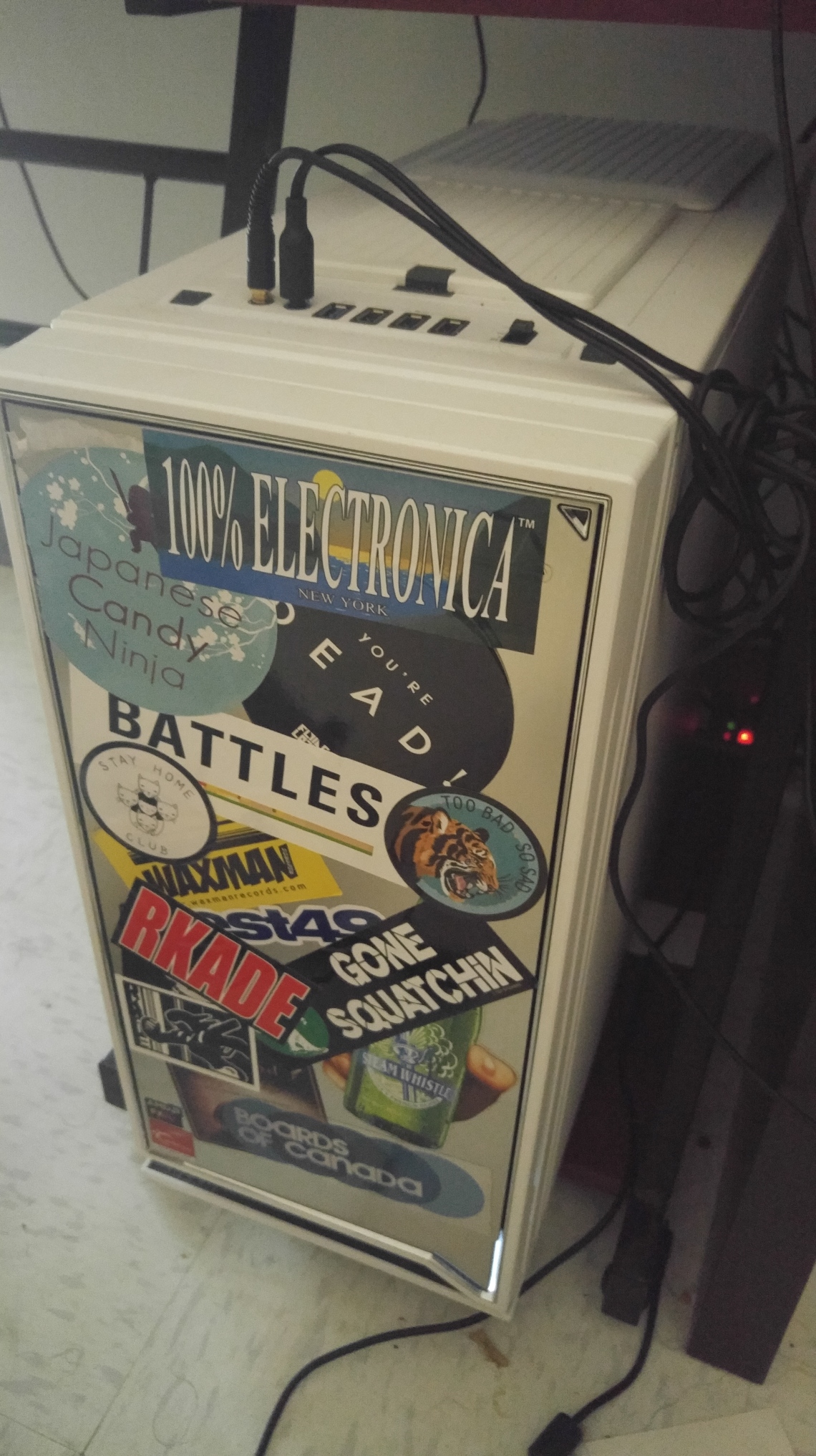 And his peanut gallery of adorers & dedicated fans.

Radio Konton looks forward to all of V//Tomo’s shows and creations, and we heartily welcome him aboard!

View all posts by radiokonton