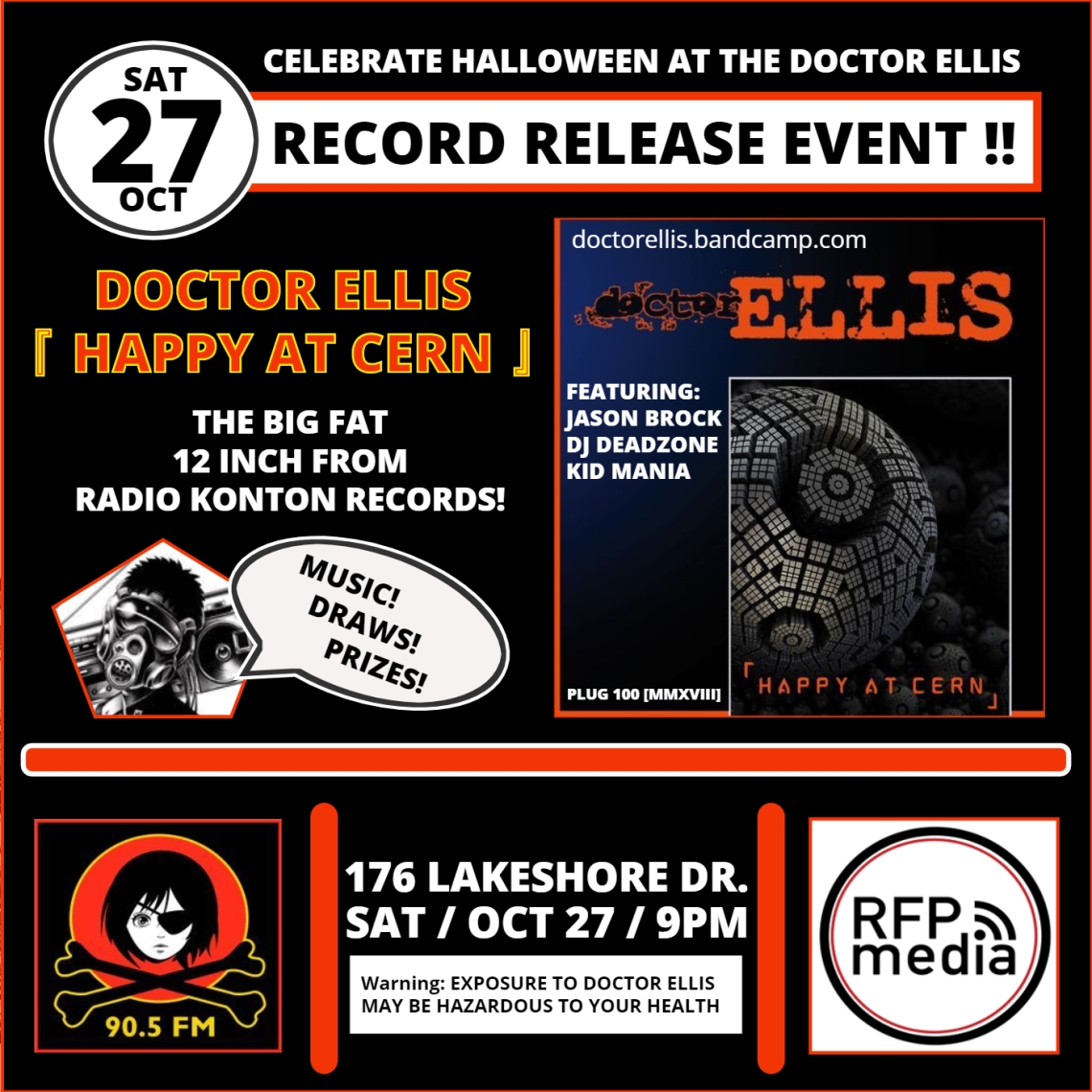 Radio Konton is pleased to announce the DOCTOR ELLIS record release event taking place October 27, 2018 at RFPMedia, 176 Lakeshore Drive in North Bay, Ontario. Doors will open at 9PM, with DOCTOR ELLIS performing two cuts from their 12 inch LP “Happy at CERN” at 10PM. This is a record release, so “Happy at CERN” will be available for sale, along with all sorts of Radio Konton swag. There will be refreshments, door prizes, draws and non-stop music.

So join Radio Konton as we bring in Halloween with DOCTOR ELLIS!

Born in the often arcane landscape of the Canadian Shield, Doctor Ellis has no qualms venturing into the musical wilderness. Stylistically speaking, the project flirts with ambient music, shadowy electronica, vinyl crackle, garbled voices, sweeping ominous synth, and all manner of rustling noises—unpredictable audio motions that twist and swirl to create an overwhelming sense of disorientation. One of the central devices utilized in this sonic psychosis is the Chapman stick, an unusual instrument everyone has heard but few recognize. Devised by Emmett Chapman in the early 1970s, in the hands of Doctor Ellis the Chapman stick’s unique sounds produce a truly unusual auditory experience.

View all posts by radiokonton